‘His life ripped away from him’: Funeral service held for 6-year-old killed in Orange freeway shooting 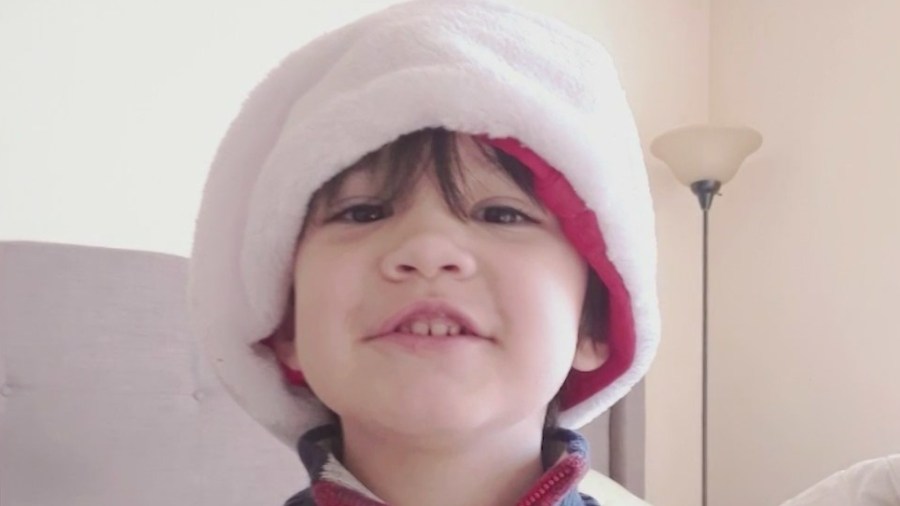 An emotional funeral service was held Saturday for Aiden Leos, the 6-year-old killed in an apparent road-rage freeway shooting as his mother drove him to kindergarten in Orange.

The private service was held at Calvary Chapel Yorba Linda for family and close friends, and live-streamed online. Members of the public were also able to view from a live feed outside.

“It feels so wrong that you’ve been taken from us,” she said. “I want nothing more than to find justice, although it won’t bring you back into our arms. It makes me outraged that such a precious, beautiful soul did not get the opportunity to continue developing into a young man, starting a family of his own.”

“My precious son had his life ripped away from him for absolutely no reason,” the mother continued. “They took his life and my heart along with it.”

Standing above her son’s casket, Cloonan described the sparkle in his eyes when he shared a joke, his giggle, how he danced, the way he asked questions, and how he always wanted to help people. She recalled how he would call his father, saying, “Hi Dad, it’s me, Aiden.”

She shared that he wanted to grow up to be an entomologist.

The search continues for the gunman who killed Leos in a shooting on the 55 Freeway in Orange on May 21 as the boy was sitting in his booster seat.

The reward for information leading to the capture and conviction of the child’s killer has grown to $500,000, according to Orange County District Attorney Todd Spitzer.

The California Highway Patrol has described the suspect vehicle as a 2018-2019 white Volkswagen Golf SportsWagen with non-tinted windows and a sunroof. It was last seen on the 91 East at McKinley in Riverside after Leos was shot.

Anyone with information on the shooter is urged to send tips by calling call CHP’s Santa Ana office at 714-567-6000, or 800-TELL-CHP (835-5247). Tips can also be emailed to SantaAnaCHPTipline@chp.ca.gov. More information can also be found at aiden-reward.com.

In lieu of sending flowers, the family asked community members to donate to help the child’s mother and father.

At the funeral, the family thanked community members for their support after the killing.

“Throughout this past two weeks of unimaginable pain over the loss of our son, I have witnessed the abundance of goodness overflowing from around the world,” the mother said. “My heart has been touched by so many of you. You have helped give me hope in the midst of hopelessness, have helped give me the desire to fight. When I felt I couldn’t open my eyes and face this new reality.”

The mother ended her eulogy by sharing Leos’ last wish.

“On his sixth birthday, as he blew out his candles, he looked at us and he said, ‘I just wish for everyone to be happy.’”

Series of earthquakes, including magnitude 5.3, strike near Salton Sea