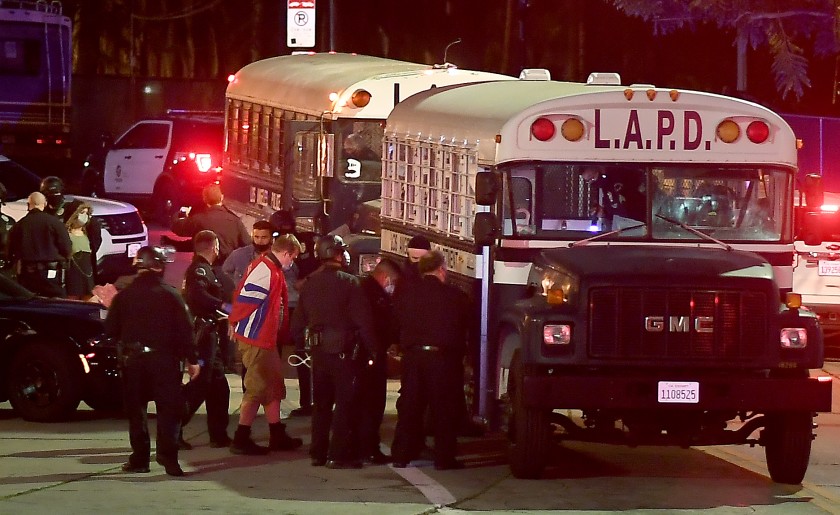 Los Angeles City Atty. Mike Feuer will not file criminal charges against 179 protesters, journalists and legal observers who were arrested for failing to disperse from an Echo Park protest in March, his office confirmed Friday.

“Free speech and peaceful protest are fundamental to our democracy,” Feuer said in a statement. “These peaceful protesters did not threaten public safety and it would not be in the interest of justice to prosecute them.”

A Los Angeles Police Department spokesman did not immediately respond to a request for comment.

Krithika Santhanam, executive director of the National Lawyers Guild of Los Angeles, which had petitioned for the charges to be rejected, alerted many of the arrestees to Feuer’s decision by email Friday — saying they no longer had to worry about showing up to scheduled court hearings.

‘Stuff nightmares are made of’: Woman gagged, choked during kidnapping, sexual assault by 2 men: OCDA