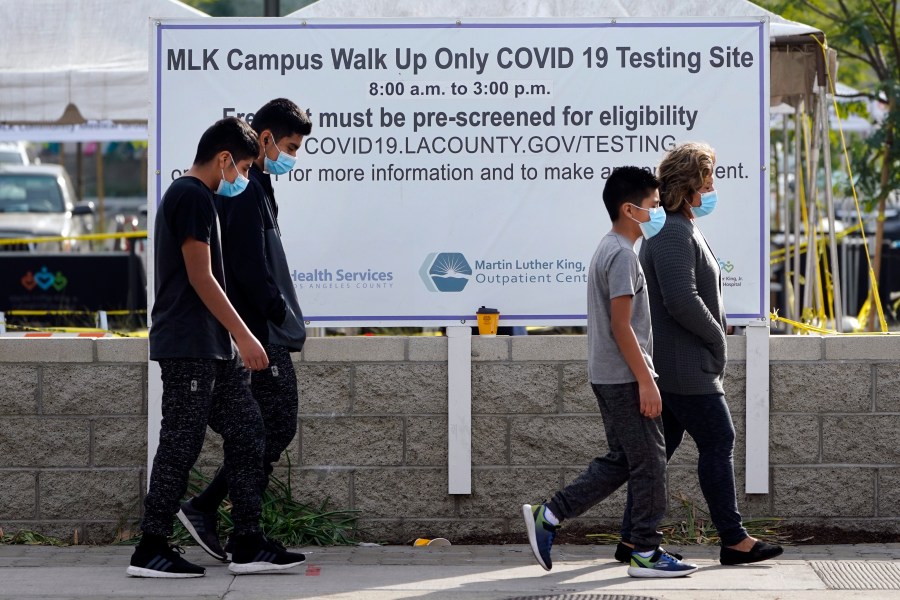 Faced with surging COVID-19 cases, the Los Angeles City Council moved Wednesday to ramp up enforcement of requirements that people wear masks in public to reduce the spread of the coronavirus.

Leaders also approved a request for the city attorney to draft an ordinance that, if approved, would set fines and penalties for refusing to wear a mask inside a public place when asked to do so by management or while invading someone’s personal space.

“Southern California and Los Angeles are now the epicenters of the virus nationally, and entirely out of control,” Koretz said, adding that it was his understanding there has only been modest enforcement of the mask mandate by police and two city departments. “But given our current situation, we need to tackle this situation with renewed vigilance.”

Koretz said the building and safety and street services departments should give citations for violations they see during their regular duties and acknowledged that it would probably not be done in response to complaints.

For example, park rangers who come across unmasked basketball players or a building inspector who encounters unmasked construction workers might issue citations, according to Alison Simard, Koretz’s communications director.

The departments will be required to report back in 30 days on how many citations have been issued and any problems.

Councilman Mike Bonin introduced the request for an ordinance specifying penalties for refusing to wear a mask after opponents of face coverings recently went into a mall and confronted employees and shoppers.

Bonin said he was focusing on maskless protesters who are “getting into people’s faces and deliberately using the fact that they are not wearing a mask as an act of aggression.”

There was no immediate indication of how soon the city attorney’s office would write up the ordinance. It would go back to the council for debate and a vote on whether to approve it.

Bonin, who noted he is not interested in penalizing someone who simply doesn’t wear a mask while walking from a parking lot to a supermarket, voted against the motion to have city departments prioritize citations.

“One, I don’t know that we have the resources to do that, and two, I believe it creates a basis for a whole new phenomenon of pretextual stops that is sort of open for all sorts of abuses,” he said.

With Trump impeached again, it’s up to Mitch McConnell to decide what ‘healing’ means for Republicans