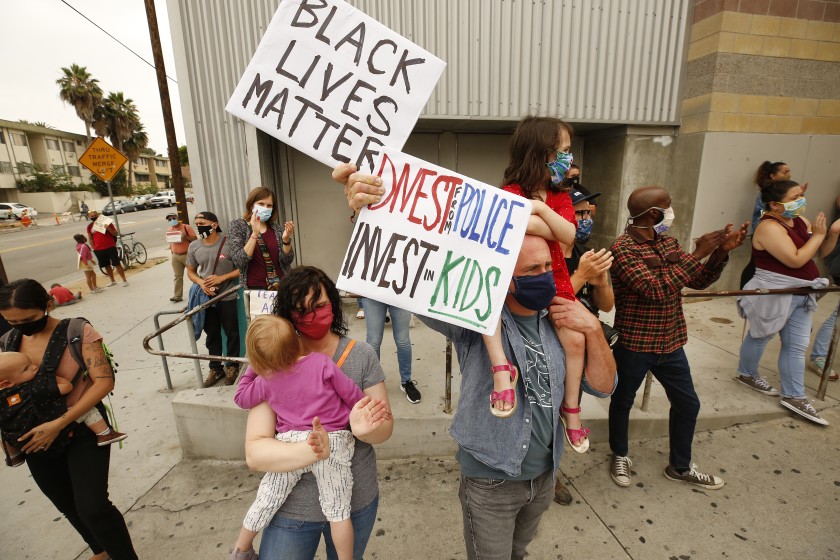 In a major overhaul of the Los Angeles School Police Department, the Board of Education on Tuesday approved a plan that cuts a third of its officers, bans the use of pepper spray on students and diverts funds from the department to improve the education of Black students.

The decision comes after a yearlong campaign by students activists and community members to reimagine the school police force, which they maintain disproportionately targets Black and Latino children. Their drive and recent calls to completely defund the school Police Department intensified following the police killing of George Floyd, which forced both cities and school districts across the country to consider how police use of force has disproportionately hurt Black Americans.

“We would not be at this point, though it is delayed admittedly, without the community’s leadership,” said board President Kelly Gonez. “I’m glad that the plan’s development also provided an opportunity for more engagement with our students, families and the broader community.”

The police overhaul by the Los Angeles Unified School District provides funding for school “climate coaches” who will work to promote positive school culture and address implicit bias at every secondary school. Staff to support and an achievement plan for Black students will also be added.