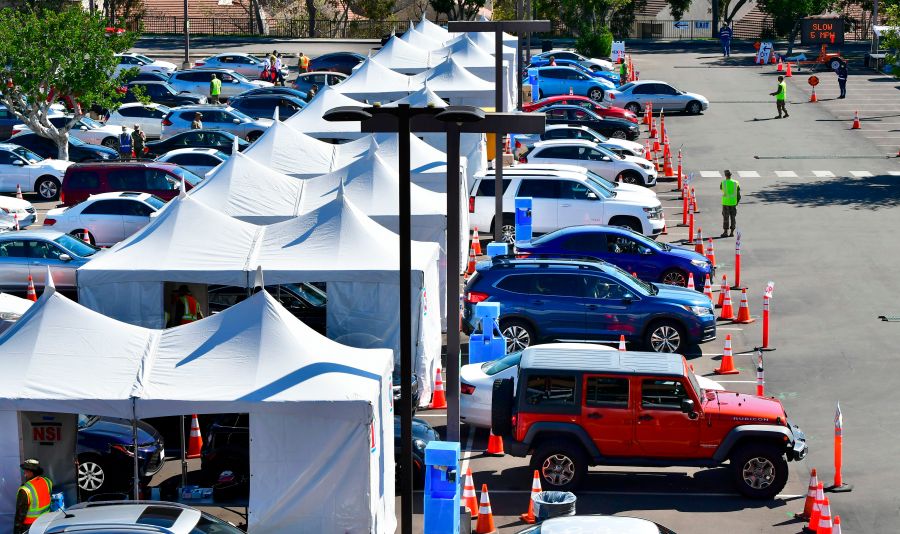 by: Erika Martin, with additional reporting from the Associated Press

As Los Angeles continues to grapple with getting limited vaccine doses to those who need them most, the city is opening a new vaccination center at USC and launching an effort to inoculate some residents in their homes.

The new vaccination site at USC’s main University Park campus is set to open Tuesday. Once operating at full capacity it’ll be able to administer thousands of doses each day, but that figure will initially be limited by supply, Mayor Eric Garcetti said in a virus briefing Thursday evening.

The USC site will be the seventh vaccine center operated by the city, which is also sending mobile clinics into some of the areas hit hardest by the pandemic. Appointment scheduling information can be found here, or visit the county’s vaccine portal for a broader list of providers.

The city will also start sending teams to vaccinate seniors who are unable to leave their homes due to illness or disability, with the goal of vaccinating 300 next week, the mayor said.

The program additionally plans to serve people living in public housing developments, senior centers and other long-term care facilities. The effort will be expanded once supply allows, the mayor said.

At-home vaccine appointments can’t be made online. Garcetti said the effort is being run in partnership with the city’s Department on Disability and county Department of Public Health.

Other recent briefings from the mayor have focused on the city’s struggle with vaccine supply shortages that resulted in city-run vaccine centers having to shut down and postpone appointments.

But Thursday’s address came after several recent changes to vaccine distribution at the state and federal level, including the authorization and rollout of the Johnson & Johnson vaccine, the third shot approved in the U.S. and the first that requires just one dose.

This week’s supply included 21,000 doses of the Johnson & Johnson vaccine; next week, that figure is expected to rise to more than 300,000 doses.

And earlier Thursday, Newsom announced California would begin sending 40% of its vaccine doses to the most vulnerable neighborhoods — some 400 ZIP codes where there are about 8 million people eligible for shots. Officials say many of the ZIP codes are in L.A. County, but a full list has not been released.

Newsom has also said the state will set aside 10% of vaccine doses for educators.

As more doses are administered in the targeted neighborhoods, the state will make it easier for counties to move through the reopening tiers.

Right now, counties can move from the most restrictive purple tier to the lower red tier based on metrics including the number of new COVID-19 cases per 100,000 people per day over a period of two weeks. The strict standard for that rate will be lowered, allowing businesses such as restaurants and gyms to reopen indoors at limited capacity.

L.A. County public health Director Barbara Ferrer said Wednesday that the county is quickly approaching the threshold for advancing into the red tier. Click here for a breakdown of what will open — and what will stay closed — if that happens.

Oakland homicides up 400% so far this year