Lake Fire in Jurupa Valley determined to be human caused 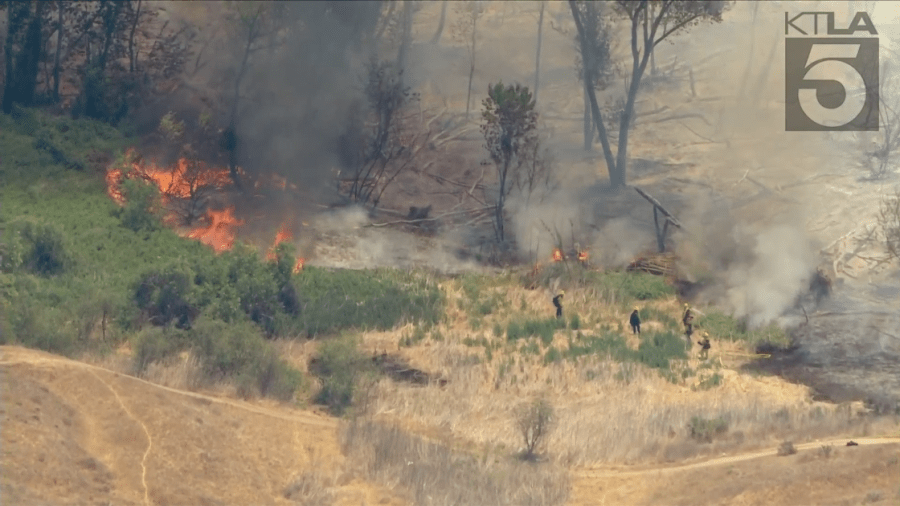 The Lake Fire was reported about 11:10 a.m. near Lakeview Avenue and Pedley Road in Riverside and rapidly spread into Jurupa Valley.

The blaze forced the evacuation of more than 5,000 residents in the area as crews tried to stop the spread from the ground and the air.

As of Tuesday evening, the blaze was 85% contained at 105 acres and all evacuation orders and road closures have been lifted. Officials had previously given a larger acreage.

Though forward progress was stopped, officials said firefighters will be in the area for several days as they work to fully contain the blaze.

And while the fire was determined to be human caused, investigators are dealing with “limited information” and are not certain if it was accidental or arson.

Anyone with information about the Lake Fire can call the Riverside County Fire Department’s arson hotline at 800-633-2836.

William Shakespeare, 1st man in world to get approved COVID vaccine, dies at 81