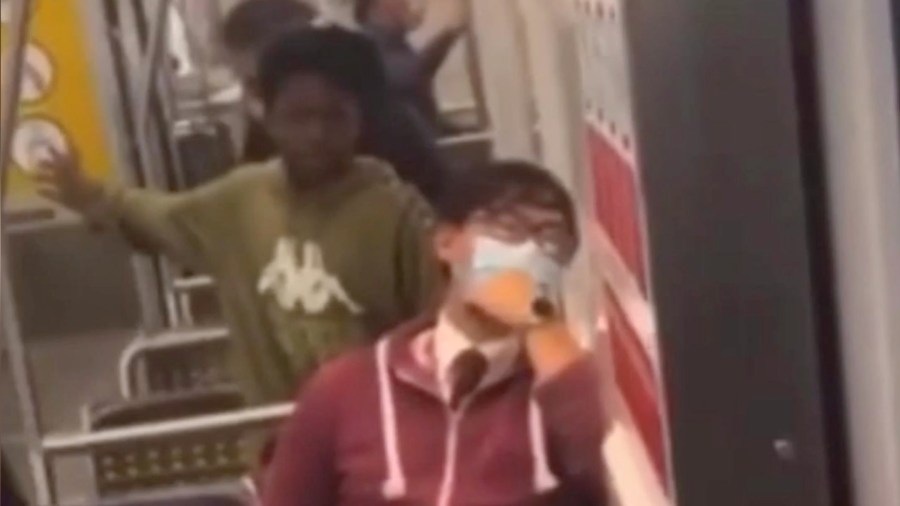 The L.A. County Metropolitan Transportation Authority said it was made aware June 3 of Instagram video circulating of an Asian rider being attacked. Authorities are still working to gather information about exactly what time and which line the assault occurred on, and who filmed the footage.

The video clips show at least two separate passengers — who both appear to be of Asian descent — were targeted in what may be some form on social media challenge. Investigators are now working to determine if they were singled out because of their race.

“Metro has a zero-tolerance policy for any acts of violence against customers or employees. We strongly and unequivocally condemn any offenses done in the name of race, religion, sex or national origin,” the agency’s CEO, Stephanie Wiggins, said in a statement.

Detectives are looking into the possibility that the incidents constitute hate crimes.

“That’ll have to be proven through maybe something somebody heard on a train or something the suspects said to the victims,” said Blake Chow, deputy chief of the L.A. Police Department’s Transit Services Bureau.

Metro says it’s already been running a “Stop Asian Hate” campaign that includes ads on its buses and trains.

Anyone who witnesses a hate crime or any other criminal conduct in the Metro system can report it anonymously at 888-950-7233.