LAPD investigators are rejecting most complaints against officers from summer protests; others still under review 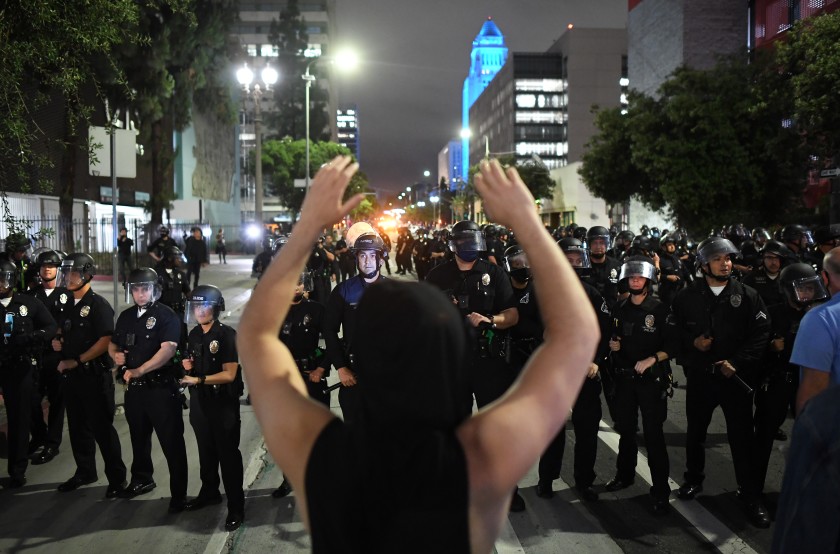 Internal affairs investigators reviewing hundreds of allegations of misconduct and excessive force by other Los Angeles police officers during last summer’s mass protests against police brutality are ruling on the side of the officers in most cases.

An internal report, submitted by LAPD Chief Michel Moore to the civilian Police Commission on Friday, noted the department had received more than 600 allegations against officers. Some of those were duplicate complaints about the same incident, and from those launched 210 investigations into 223 officers — 73 of which were related to the alleged use of non-deadly force, and five of which involved the alleged use of deadly force.

Other allegations included inhumane treatment during arrests and unbecoming behavior and biased policing.

Of the 73 allegations of less serious force, 33 have been resolved by the department — with zero resulting in a finding that the officers were in the wrong, Moore’s report said. The remaining 40 cases are still under investigation.