LAPD reports police shooting in the heart of Hollywood 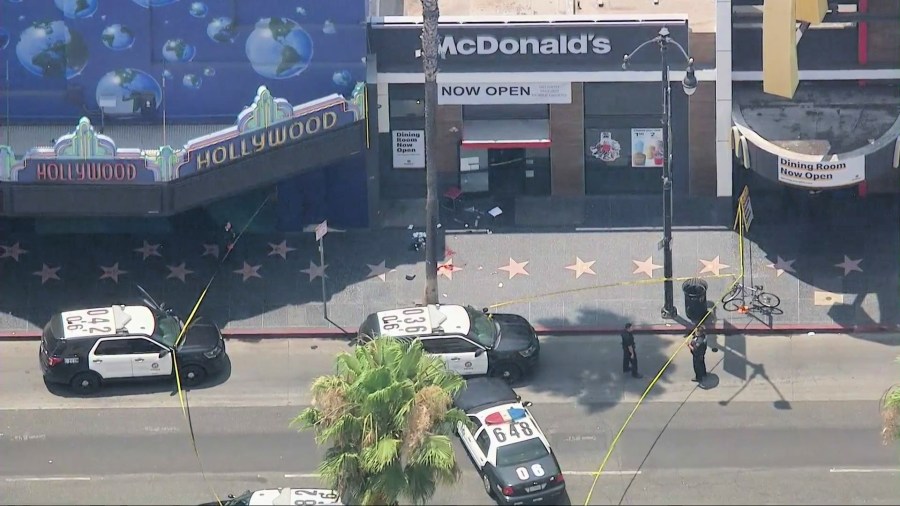 by: Erika Martin, with additional reporting from KTLA’s Nidia Becerra

Officers were responding around 11:20 a.m. to a report of a man with a gun at the bustling Hollywood intersection when at least one of them opened fire, said Officer Lizeth Lomeli, a Los Angeles police spokesperson.

It wasn’t immediately clear if anyone was struck.

Bystander video captured during the aftermath showed police vehicles blocking the intersection, which is lined with several museums, theaters and a shopping mall popular among tourists.

Police tape could be seen surrounding a McDonald’s just east of the intersection in aerial video from Sky5.

Police were responding to investigate, and no further details were immediately available.

DeSantis says Florida ‘chose freedom over Fauci-ism,’ urges conservatives to have a ‘backbone’

Why is Britney Spears in a conservatorship, and who’s the new lawyer hired to help her?