A couple who tortured their French nanny before killing her and throwing her body on a bonfire have been sentenced to life in prison. Sabrina Kouider, 35, and her partner Ouissem Medouni, 40, were found guilty last month of murdering 21-year-old Sophie Lionnet at their home in Wimbledon, south-west London, last September. The trial heard they had a deluded belief she was in league with Mark Walton, the ex-Boyzone band member turned music mogul, with whom Kouider once had a relationship.

Who is Sabrina Kouider?

Sabrina, 34, is said to have worked as a stylist, make-up artist, fashion designer, and songwriter.

Prosecutors said she murdered “naive and vulnerable” Sophie Lionnet, 21, and then burned her body in her garden.

She harboured “outlandish” delusions about ex Mark Walton and Sophie, the jury heard.

Kouider even claimed Mr. Walton had drugged and sexually abused her family and said Sophie had colluded with him, even though they’d never met.

Ms. Kouider, of French Algerian descent, is understood to be estranged from her French husband.

Originally from Troyes, in north-eastern France, she had been in the UK for 14 months. Sentencing the pair, Judge Nicholas Hilliard said there was no excuse for the “horrible cruelty” and “humiliation” they inflicted on Lionnet during taped interrogations before her death.

The two-month Old Bailey trial, which was described as stranger than fiction, heard how Kouider, a fashion designer, was fixated with Walton and believed Lionnet was colluding with him to drug and molest the family. Kouider even tried to implicate Walton in Lionnet’s disappearance.

The judge said allegations Lionnet was plotting with Walton to abuse the family were a “complete fiction” and motivated by a desire for revenge.

What’s the latest on the trial?

The Old Bailey was told how Mark Walton’s ex-lover killed her French nanny as part of a plot to “reap revenge” against the star, a court heard.

Sabrina subjected Sophie to a “brutal and oppressive inquisition” before her death – harbouring “outlandish” delusions about the gentle au pair and Walton.

Kouider – and “beguiled” partner Ouissen Medouni, 40 – were said to have kept the young nanny prisoner in their “horrendous household” where they subjected her to a “truly wretched life”.

The French girl with a “big heart” was beaten, forced to work long hours, “hardly paid” and given so little food that she appeared “emaciated” before her death, the Old Bailey was told.

And behind closed doors, Sophie’s treatment was “very much worse”.

Kouider is thought to have confiscated the “desperate” woman’s passport to prevent her from returning to France.

Lionnet became “scared and hungry” while living with mum-of-two Sabrina Kouider who would shout and scream at her, the court heard.

Kouider – and partner Medouni – would levy “outlandish” and “malevolent” allegations against the young nanny to intimidate and control her, it is alleged.

She also accused the young Frenchwoman of stealing a diamond pendant and plotting against her, the court heard.

Psychiatrists ruled that the fashion designer suffers from an emotionally unstable personality disorder which led her to believe her au pair Sophie Lionnet was working with Boyzone founder Mark Walton to sexually abuse her two children.

Addressing the couple in the dock, he said: “You were both involved in torturing Sophie in the bath in the lead-up to her death in making her think she would drown unless you gave her information you wanted which was not in her power to give because it did not exist.

“The suffering and the torture you put her through before her death was prolonged and without pity.” He said their behavior had its “origins in cruelty and a desire for revenge”.

The judge told Kouider she was motivated by an unjustified desire to make Lionnet and Walton suffer. He added: “It is plain from all the evidence that Sophie was a kind, gentle and good-natured girl.”

He continued: “I’m sure you knew the way you interrogated her was unacceptable in the extreme, that it was unlawful to assault her and she was in a dreadful state by the time of her death and torturing her in the bath was totally and utterly wrong.”

The court heard how Kouider’s delusional disorder triggered her false belief that Lionnet had been seduced into helping Walton. The prosecution said Walton had shouldered the slurs and responded with “integrity and honesty” when he traveled from Los Angeles to give evidence at the trial.

Over more than eight hours of recorded interrogations, the au pair was slapped, likened to a Nazi collaborator and called “worse than a murderer” by the couple, the court heard.

They confiscated her identity card and phone and stopped paying her in a deliberate campaign to isolate her and force her to confess, the court heard.

In her final days, Lionnet was hit with an electrical cable and beaten so badly she had five fractured ribs and a cracked breast bone.

She appeared broken and emaciated in a filmed confession hours before she was killed in the bath.

What did her ex-boyfriend tell the trial?

Founding member of Boyzone Mark Walton who once had a relationship with Kouider.

Giving evidence, Mr. Walton said she would “go crazy” during their turbulent relationship.

Speaking about their relationship, he said: “She would go from the quiet softly spoken with a French accent, to someone who would flip, who would be very angry and loud, it didn’t matter where she would go crazy.”

The defendants claimed they planned to hand the tape to police as proof against Walton. But the judge suggested it was more likely they would have sent it to the wealthy mogul to force him to give them money.

When firefighters investigated pungent-smelling smoke coming from a bonfire in the couple’s garden, Medouni tried to pass off her charred remains as those of a sheep.

The defendants later admitted disposing of Lionnet’s body but denied her murder, blaming each other for her death.

Kouider acknowledged the suffering she had caused her victim and her family. In a letter, read to the court, she said she was “deeply sorry about what happened to Sophie”.

Addressed “Dear Sophie”, it said: “I’m suffering every day thinking of you and what happened to you that dreadful night. I only wish I could turn the clock back, it never happened and you would be alive with us today.”

In mitigation, Icah Peart QC said the Kouider’s delusional disorder coupled with an emotionally unstable personality disorder had caused her “irrational and completely overwhelming fear” that Lionnet had been recruited by Walton.

He said her behaviour towards the victim was “entirely driven by Kouider’s mental illness in her desperation to obtain evidence of Mr Walton’s abuse”. 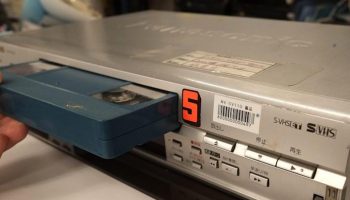