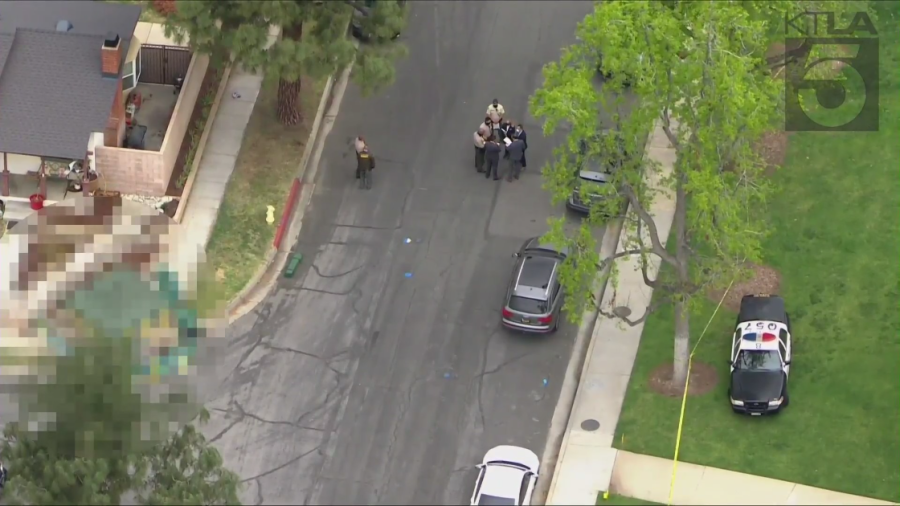 A man was taken into custody in connection with the fatal stabbing of a woman and dog in San Dimas, authorities said Thursday.

The incident was reported about 1:35 p.m. in the 1400 block of Renwick Road, the Los Angeles County Sheriff’s Department said in a news release.

The woman and a dog were both stabbed, officials told KTLA.

Aerial video showed the woman’s body in front of a home and next to what appeared to be a lifeless dog.

It is unclear what led up to the fatal incident, which occurred in a residential area near a park.

Authorities also did not release any further details about the victim and the suspect.