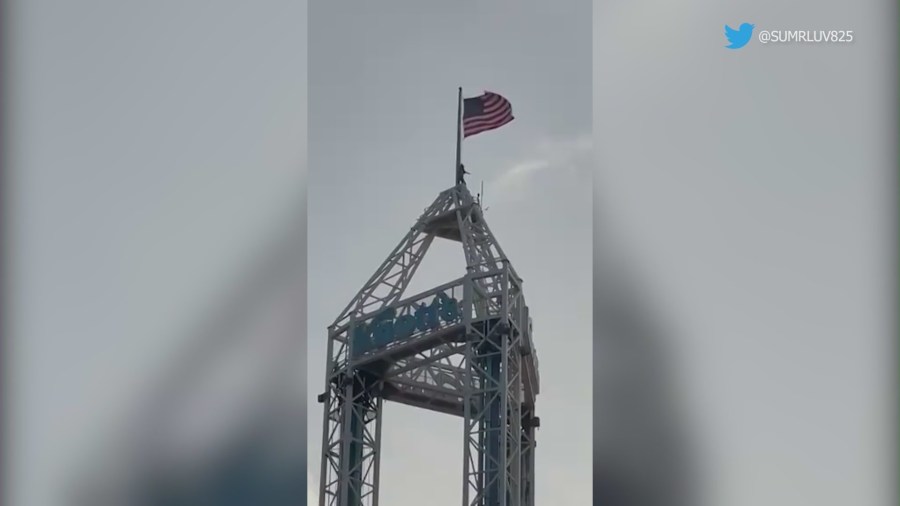 Police and fire crews responded to reports of a man climbing a ride at Knott’s Berry Farm Saturday afternoon.

Buena Park Police and the Orange County Fire Authority were at the scene where a man climbed to the top of Supreme Scream, refusing to come down.

La Palma Avenue between Beach Boulevard and Western Avenue were closed, Buena Park police said in a tweet. They advised the public to stay away from the area as they worked to get the man off of the top of the ride safely.

Park officials turned off most of the rides in the park and evacuated guests below the tower.

It is unclear how the man managed to climb the tower unnoticed and how long he was up there before rescuers arrived.

At around 9:06 p.mm, Buena Park police said the man came down safely.

Police say he came down on his own without incident and was taken to a nearby hospital for evaluation.

Divers join search for 14 people in flooded tunnel in China