Man faces charges after jumping out of moving plane at LAX 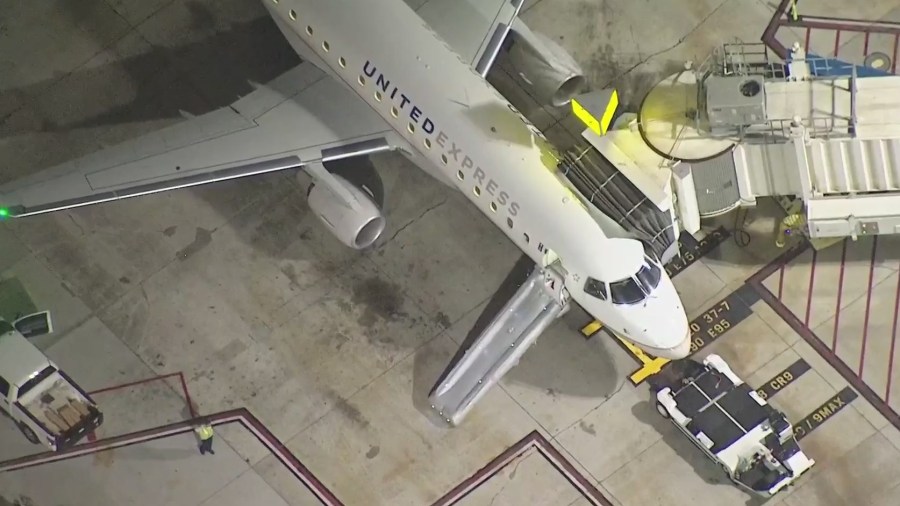 A passenger who tried to break into an airplane cockpit last week had recently been under the influence of methamphetamine before he jumped from the moving plane in Los Angeles, authorities said Monday.

Luis Antonio Victoria Dominguez of La Paz, Mexico, broke his leg Friday when he opened the plane’s emergency exit and jumped to the tarmac at Los Angeles International Airport, according to the U.S. attorney’s office in Los Angeles.

He underwent surgery and is expected to appear in federal court this week on a charge of interference with a flight crew, which could bring 20 years in prison if he is convicted.

It was not immediately clear if he had an attorney who could speak on his behalf.

A criminal complaint released Monday gave new details about the incident and Victoria Dominguez’s life in the days prior.

The 33-year-old arrived in Los Angeles on Tuesday from Cabo San Lucas, Mexico, the complaint says. His plan was to get to Salt Lake City, but he did not have a connecting flight. He spent the night at a hotel in downtown Los Angeles after drinking several beers and buying “a lot” of crystal meth for $20, he told the FBI.

The next day, he continued to smoke the crystal meth and decided to fly to Utah instead of taking a bus, the complaint says. He smoked more of the drug before heading to the airport Thursday but ultimately missed his flight and wandered the streets through the night.

On Friday, he missed a second flight but was rescheduled to board United Airlines Flight 5365, operated by SkyWest Airlines, to Salt Lake City. Victoria Dominguez took his seat and began to doze as he “was coming down from all the drugs he had used the last couple of days,” the complaint says.

Then he heard other passengers laugh and say they were going to a different destination. He panicked. He “sprinted” toward a flight attendant at the front of the plane around 7 p.m. and said he wasn’t feeling well and needed to get off the flight.

The flight attendant said the plane was about to take off and they began to struggle, the complaint says. He began pounding on the cockpit’s door and trying to open the locked doorknob. When the pilots — who were confused by the banging — did not open the door, Victoria Dominguez wrenched open the emergency exit door and the emergency slide deployed, according to the complaint.

He told the FBI that his panic attack potentially “gave him the strength to open the door.” The aircraft, which had not been moving before, began to roll as Victoria Dominguez struggled with another passenger who was trying to restrain him.

Victoria Dominguez got away and jumped from the aircraft, missing the emergency slide and landing on the tarmac, breaking his right leg.