NASHVILLE — More than a week after the presidential race had been called for Joseph R. Biden Jr., Gov. Kevin Stitt of Oklahoma had not yet publicly acknowledged the outcome. Then, on Monday, in the final seconds of a half-hour news conference on the resurgence of the coronavirus, a reporter slipped in one more question:

Who would the governor be coordinating with at the federal level in the days ahead?

It was a nod, however buried, to a reality that Republican governors, like other elected officials from the party, have struggled to negotiate as Mr. Trump has resisted conceding the election.

Of the 26 Republican governors, about a half-dozen have stated without equivocation that Mr. Biden had won or that Mr. Trump should concede — like Gov. Mike DeWine of Ohio, who was among the earliest from the party to congratulate the president-elect. Others, like Gov. Kristi Noem of South Dakota, have repeated Mr. Trump’s unfounded allegations about problems in the election. “So many serious election integrity concerns,” she wrote on Twitter.

Most were operating in a murky middle ground, straddling a line in which they neither gave full credence to the president’s claims that the election was rigged nor affirmed Mr. Biden’s victory. Or they tried to say nothing at all: A few have avoided making explicit statements about the outcome of the presidential race and failed to respond to requests for comment to elucidate their stance.

In many instances, constituents and political observers had to listen close to glean where their governors stood, like Mr. Stitt’s brief mention at the briefing. In the case of Gov. Tate Reeves of Mississippi, there were hints in a recent vow to fight with the Biden administration over a hypothetical virus shutdown, without publicly recognizing that Mr. Biden had, in fact, won.

The stakes go beyond political optics. The coronavirus is surging across the country with a renewed fury, threatening to overwhelm hospitals and driving officials in some states to return to the strict measures used in the spring to curb the pandemic’s initial spread.

Many, including at least two Republican governors, have raised concerns that turbulence surrounding the transition could stir confusion and serve as a dangerous distraction from the efforts to combat the pandemic.

“We’re in the middle of a war, and we don’t know who the general is going to be,” Gov. Larry Hogan of Maryland said at an event on Monday at the Ronald Reagan Presidential Foundation and Institute in Washington. “We don’t know what the game plan is. And we can’t wait until the end of January.”

The time had come, he added, for Mr. Trump to recognize that Mr. Biden had notched a “pretty overwhelming victory,” and he said the delay in doing so starved the country of clarity it urgently needed. Mr. Hogan said on Tuesday that he would meet with Mr. Biden to discuss the virus response.

But unlike Mr. Hogan, a moderate leading a state that overwhelmingly supported Mr. Biden, governors serving in more conservative states have to confront a different political reality where challenging the president, or even being seen as failing to sufficiently back him, can summon the wrath of Mr. Trump and his supporters.

“I think that’s why some governors have stayed relatively quiet,” said J.R. Davis, a Republican political consultant in Arkansas and a former spokesman for Gov. Asa Hutchinson.

“There’s a lot of Republican governors that realize there was no fraud,” Mr. Davis said, “and in the areas where there may have been fraud there’s just not enough votes there to make a difference.” On the other hand, there were 73 million Trump voters, and a lot of them live in states like Arkansas.

Many statements have supported the president’s contention that the election’s integrity must be assured but have not presupposed that there are serious reasons to doubt the outcome. There is much talk of “processes in place” (Gov. Greg Abbott of Texas) to “ensure that every legal vote is counted” (Governor-elect Greg Gianforte of Montana) in order to “get to the bottom of this” (Gov. Jim Justice of West Virginia).

Some took the opportunity to boast about how elections were conducted in their state.

“If the roles were reversed, Democrats would surely mount their own legal challenges, as would be their right,” said Gillum Ferguson, a spokesman for Gov. Bill Lee of Tennessee, where Mr. Trump beat Mr. Biden by 23 percentage points. “Regardless, other states should take note of the swift and effective process with which Tennessee ran an election safely and with integrity.”

Among the governors who took a more measured approach was Mr. Hutchinson of Arkansas, a state Mr. Trump won by almost 28 percentage points. Mr. Hutchinson, who is prevented by term limits from running again, released a statement on Nov. 8 that began by recognizing “the likelihood that former Vice President Biden and Sen. Harris have won over 270 electoral votes.”

Mr. Hutchinson said then that the election process had not fully concluded. “As a nation, we should allow the process of preparation and court challenges to proceed with public patience and understanding,” he said. “I supported Donald Trump for president but I am an American first and I will support and work with the final decision of the voters.”

Yet critics have asked what it will take for key Republicans to recognize that the decision has been made.

“Every day that goes by it becomes more and more difficult for Republican leaders to defend Donald Trump,” said Jim Demers, a lobbyist and former Democratic state lawmaker in New Hampshire. “The clock is ticking for Republicans to step forward and say, ‘Mr. President, we’ve given you enough time, there’s no proof of any fraud, and it’s time to hand the transition over to the Biden team.’”

Mr. Trump has marshaled the right-wing media and employed social media to level baseless allegations of fraud and spread disinformation in an effort to undermine the public trust in the election process.

In one rebuke, the nation’s top computer scientists and election security experts published a letter denouncing such claims, saying they were “unsubstantiated or are technically incoherent.” Election officials in every state, both Republicans and Democrats, have also said there was zero evidence indicating irregularities widespread enough to influence the outcome.

The discord over the results has exposed a rift within the Republican Party. In Georgia, Brian Kemp, the Republican governor, was already acutely aware of the sting that comes from running afoul of the president, having been publicly scolded by Mr. Trump — “I was not happy with Brian Kemp; I will tell you that” — over his handling of the virus.

Now, the governor has been wedged in an intramural fracas as the president and his supporters have unleashed attacks on the Republican state officials who oversaw the election there.

Brad Raffensperger, who describes himself as a conservative and a supporter of the president, became a target after Georgia, which had not gone to a Democratic presidential candidate since 1992, swung to Mr. Biden by a narrow margin.

Last week, both of the state’s Republican senators took the extraordinary step of urging Mr. Raffensperger to resign as they accused him of mismanagement and called the election he oversaw “an embarrassment.” In turn, Mr. Raffensperger said that fellow Republicans, including Senator Lindsey Graham of South Carolina, were trying to compromise the legitimacy of the election to benefit Mr. Trump, who demanded a hand recount now underway that is not expected to flip the outcome.

In a statement last week, a spokesman for Mr. Kemp said the situation needed “to be a wake-up call to the secretary of state’s office to take a serious look at any and all voting irregularity allegations that have been made.”

“Georgians deserve to have every legal vote counted,” the spokesman, Cody Hall, added, “in order to have full confidence in the outcome of our elections.”

In a recent news conference, Governor Justice of West Virginia pushed back against the assertion that he and other Republicans were trying to sow uncertainty. He argued that it was, in fact, the opposite: He believed in taking the time to be methodical so that the outcome would be decisive and unassailable, even if that outcome is not the one he preferred.

“We want to absolutely know that the votes that were cast were legal votes and we want our election process to be absolutely sound,” Mr. Justice said. “We do not want to walk away and say, ‘Well, it really was rigged or this or that and everything else.’ We don’t want that in America. And I hope to goodness that Joe Biden doesn’t want that.”

“But when we get to that conclusion,” he added, “if Joe Biden is truly our elected president I will support him with all of my soul.”

Rick Rojas reported from Nashville, Campbell Robertson from Pittsburgh, and Will Wright from Jersey City, N.J. Reporting was contributed by Mike Baker from Seattle, Manny Fernandez from Houston, Jack Healy from Denver, and Simon Romero from Albuquerque.

Could a Biden Administration Save the Amazon? 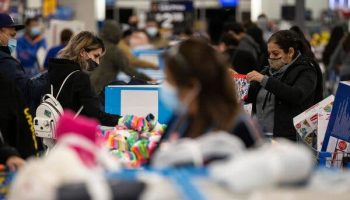 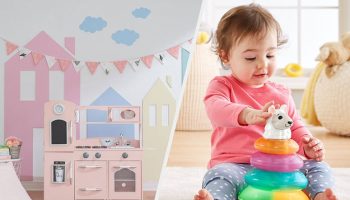