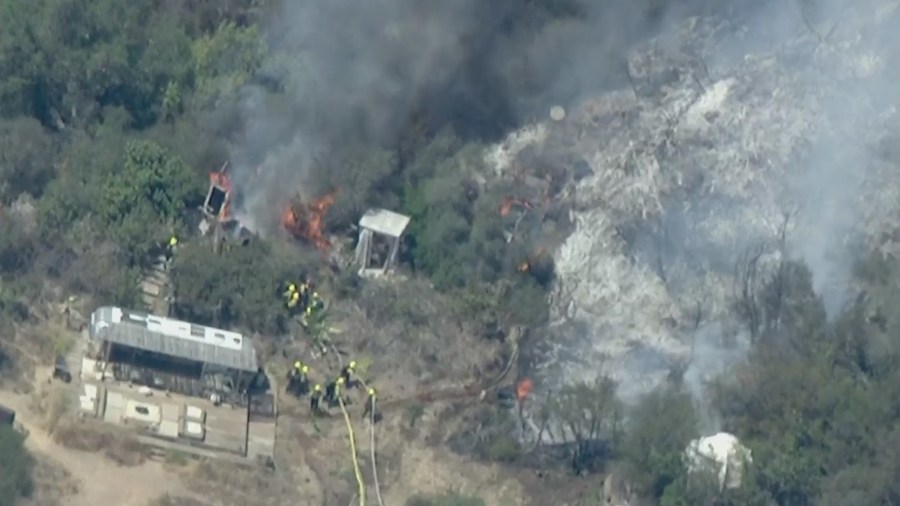 Firefighters are battling a brush fire in Topanga, officials reported.

The fire, dubbed the Flores Fire, was reported about 2:40 p.m. Monday in the area of Tuna Canyon Road and Las Flores Heights Road, according to the Los Angeles County Fire Department.

Structures are being threatened, officials said.

Video from Sky5 showed an airstream and firefighters nearby.

World is ‘moving further away’ from end of COVID-19 pandemic: WHO official