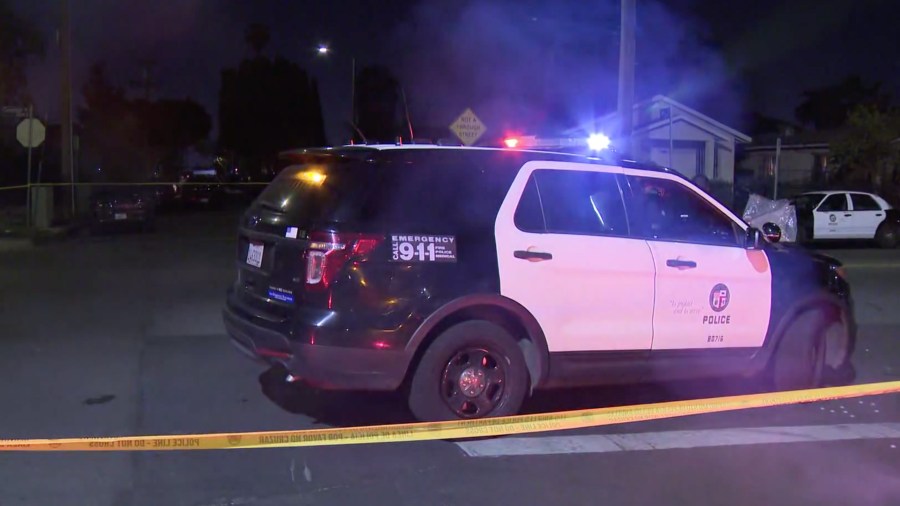 A man called police around 6 p.m. to report his roommate was armed with a knife and assaulting him at their residence in the 1600 block of East 109th Street, L.A. police Detective Meghan Aguilar said.

After attempting to use less-lethal means to take the man into custody, at least one officer opened fire.

“Exactly how that played out will be determined by the interviews that officers go through with force investigation, and of course by body-worn video,” Aguilar said.

The man was struck at least once and taken to a local hospital in serious condition. He was in surgery as of 9 p.m., according to Aguilar.

“We’re just not sure what led to the altercation between them which prompted the call to police tonight,” she said.

Police were also canvassing the area to see if any neighbors heard the argument that led up to the violence.

Aguilar said the suspect has been identified, but authorities were not immediately releasing his name.

Two knives were recovered at the scene, the detective said.

No officers were hurt in the Watts incident.

But earlier Tuesday, an LAPD SWAT officer was shot in the face while responding to a barricade situation in University Park.

In that incident, a man who’d allegedly been firing a rifle into the air barricaded himself in a home before being involved in a shootout with police. The suspect was fatally shot, but the officer wounded is expected to survive.

Investigators were expected to remain at both scenes for several hours. No further details were available.

Al Gore: Every American citizen “ought to be automatically registered to vote”

NCAA TOURNAMENT 2021: PICKS FOR EVERY FIRST-ROUND GAME AGAINST THE SPREAD