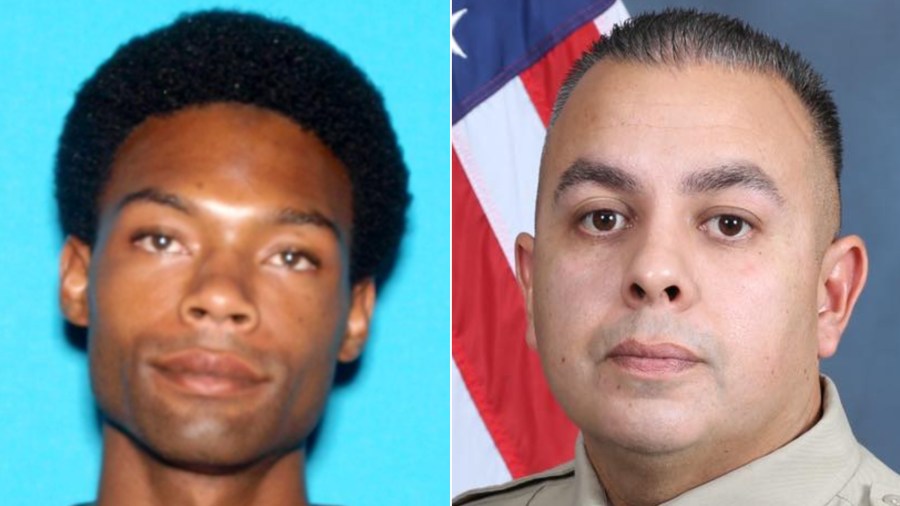 Authorities have identified the motorcyclist killed after he allegedly fatally shot a deputy during a foot pursuit in Yucca Valley earlier this week on Memorial Day.

They tried to pull him over near Paxton Road and Imperial Drive, but he fled, first on his motorcycle and then on foot. As deputies chased him through a residential area, Shabazz shot Sgt. Dominic Vaca, who was trying to detain him, according to the Sheriff’s Department.

Vaca, 43, was airlifted for treatment but ultimately succumbed to his injuries.

Shabazz died at the scene on the 57000 block of Crestview Drive. Deputies say they found a loaded handgun next to his body, and he was carrying two magazines of ammunition.

Shabazz had a no-bail warrant out of Los Angeles County, according to San Bernardino County sheriff’s officials, but they were not releasing further details on what the warrant entailed.

On Tuesday, law enforcement officials honored Vaca as a procession accompanied his body from the Desert Regional Medical Center to the coroner’s office.

A 17-year veteran of the force, Vaca leaves behind two daughters, ages 4 months and 11 years old, according to a sheriff’s spokesperson.

A memorial fund was set up for the sergeant’s family through the Peace Officers Research Association of California.

Vox mercilessly mocked for being puzzled over spike in anti-Semitic violence: ‘You know exactly why’

‘Something told me to stop’: NC man hits top lottery prize on way home from a trip