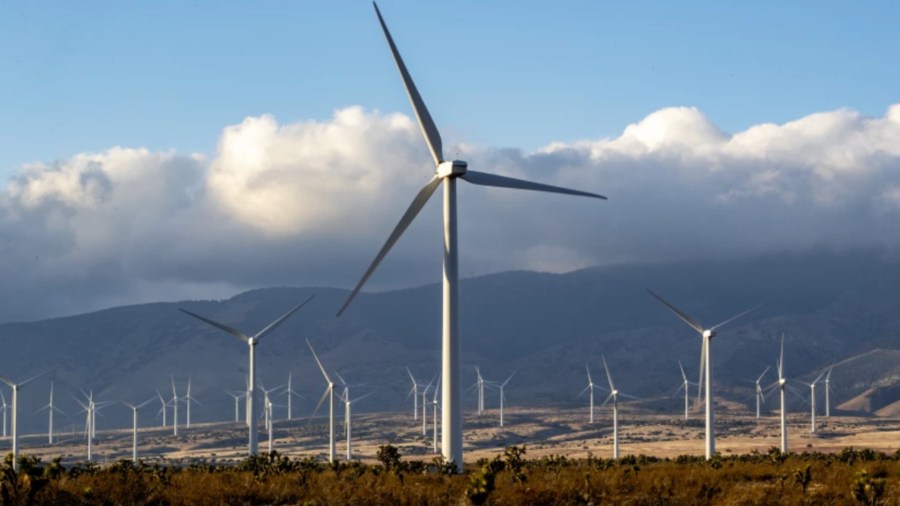 California and the U.S. government announced an agreement Tuesday to open up areas off the state’s central and northern coasts to massive wind energy farms.

The pact that would float hundreds of turbines off the coast of Morro Bay and Humboldt Bay was touted as a breakthrough to eventually power 1.6 million homes and help the state and federal government reach ambitious climate change goals through clean energy production.

“California, as we all know, has a world class offshore wind resource, and it can play a major role in helping to accelerate California’s and the nation’s transition to clean energy,” National Climate Advisor Gina McCarthy said.

The plan includes floating 380 windmills across a nearly 400-square-mile (1,035-square-kilometer) area that is 20 miles (32 kilometers) northwest of Morro Bay. The site could be finalized next month and could be put up for lease next year.

The announcement is part of President Joe Biden’s plan to create 30 gigawatts of offshore wind energy by 2030.

The scale of the California projects would dwarf wind farms planned or proposed on the East Coast. Two weeks ago, the Biden administration announced a $3 billion project off the coast of Martha’s Vineyard in Massachusetts that would power 400,000 homes with 84 turbines.

The 800-megawatt Vineyard Wind project would be the first utility-scale wind power development in federal waters. Another proposed project, Ocean Wind, off New Jersey would create 1,100-megawatts of power.

The California wind farms would produce a combined 4.6 gigawatts, with the Morro Bay operation providing two-thirds of that output.

Gov. Gavin Newsom, a Democrat, said he included $20 million in his revised budget proposal this month that would help expedite environmental review of the projects.

California set a goal to produce all electricity by 2045 through renewable energy resources and zero-carbon generating facilities.