The so-called Revolution of 1800 put Jeffersonian Republicans in charge and drove the Federalist Party to extinction.

In the presidential election of 1820, supporters of Andrew Jackson, who won the popular vote, claimed that John Quincy Adams became President through what many of them called a “corrupt bargain” with Henry Clay, when Clay got his electors to support Adams.

The contested elections of 1876 marked the formal end of Reconstruction in the former Confederacy because of yet another shady deal that put a Republican in the White House but gave southern Whites free rein to install a brutal regime of racial subordination and terror.

None of these elections however bear the same weight as the presidential election of 1860, which decided the fate of the American republic. And in 2020, the stakes seem almost as high.

Historical analogies rarely work in simple parallel ways. 2020 is not 1860 even though we may find some resonance of our current condition in the past. There is no active secession movement ready to take states out of the Union in case Joe Biden is elected to the presidency. While some may threaten or incite violence, we can ill imagine a long drawn out Civil War over the results of the presidential elections. The real fear among many Americans today is the possibility of widespread electoral fraud and interference, something that never entered the political equation in 1860.

The one underlying commonality that binds these two historic presidential elections is the conviction that it is American democracy — rather than just opposing presidential candidates — that is on the ballot. The election of 1860 that elevated Abraham Lincoln to the presidency was no ordinary election. For the first time, a President was elected on an antislavery platform, though not one that called for complete abolition. It also marked the last time in American history that a new political party, founded in 1854, was successful in winning the presidency.
Slaveholders and their political allies had dominated the federal government since the founding of the republic in large part due to the three fifths clause of the US Constitution that allowed southern states to count three fifths of their slave population for purposes of representation in Congress. Most American presidents had been slaveholders or northern “doughfaces,” northern men with southern principles. By the mid-19th century, however, slaveholders were starting to lose their grip on Congress, as northern population increased along with the prospective entry of free states into the Union.
In 1860, four men ran for the presidency, the Republican Abraham Lincoln on the non-extension of slavery, the northern Democrat Stephen Douglas on the right of White men to vote slavery up or down, the southern Democrat John Breckinridge on a proslavery, anti-democratic platform, and John Bell of the Constitutional Union party that simply promised fealty to the American Union and Constitution. American citizens had the choice of voting for the status quo by picking Douglas or Bell, to make the American republic a slaveholding republic in perpetuity even if it entailed violating democratic principles by choosing Breckinridge, or of voting for Lincoln and putting slavery into a course of what he called “ultimate extinction.”
The Democrats tried to discredit Lincoln and the Republican Party by using scare tactics and race baiting, an art they had perfected in the years before the Civil War. They called the Republicans “Black Republicans” and Southern newspapers contended that Lincoln’s vice presidential candidate, Hannibal Hamlin, who was swarthy, was actually a “mulatto” or of mixed race.
Recently Donald Trump has doubled down on racist appeals to galvanize his supporters and stooped — in a troubling echo of the past — to calling Senator Kamala Harris a “monster,” evoking stereotypes of Black women. In 1860, Southern Democrats like proslavery ideologue George Fitzhugh even argued that the Republican Party was a front for socialism and feminism, all the dread “isms” along with abolitionism. Similarly, current Republicans claim that radical socialists hold Vice President Joe Biden hostage.
Upon Lincoln’s election, plots to kidnap him abounded, much like the conspiracy by right-wing domestic terrorists to kidnap Governor Gretchen Whitmer of Michigan. The threat of violent reprisal hung heavy over the 1860 elections as it does today. A generation of enthusiastic young men organized “Wide Awakes,” street demonstrations in support of Lincoln and the Republican Party, much like the so-called “woke” generation of Americans who have flooded the streets demanding racial justice in the Movement for Black Lives.
In 1860, Lincoln received the greatest number of votes, an overwhelming majority in the north with every county in New England voting for him, though he was not even on the ballot in most slave states. This translated into a decisive victory in the Electoral College. Rather than accept the results of a democratic election, most of the slave south seceded from the Union and took up arms against the American republic.
Senate majority leader Mitch McConnell recently remarked on the history of presidential elections, “There will be an orderly transition just as there has been every four years since 1792.” He must have missed the presidential elections of 1860, the subsequent secession of eleven southern states, and the start of the Civil War.

The 2020 presidential election is certainly as consequential as that of 1860. It is, as Biden is fond of saying, a battle for the “soul of America.” The fate of the American republic once again hangs in the balance. Like the slaveholders of the 1850s, Trump, his followers and enablers are in a position to pose an existential threat to American democracy. Like many slaveholders, Trump refuses to commit to a peaceful transfer of power if he loses.

If history appears first as tragedy, then as farce, the counterparts of southern secessionists and proslavery theorists today are QAnon conspiracy theorists, neo Confederates, and the right-wing Boogaloo boys. Much of the contemporary Republican Party that refuses to repudiate Trump is like those southern Whites who may not have had a direct stake in slavery but went with their states, who ultimately chose slavery before the republic. The choice — as the Republicans of the Lincoln Project, who have broken with their party, put it — is between America and Trump.
Given America’s expanded role and importance in the world since the mid-19th century, one could argue that the impact of the present American presidential elections could be even greater than it was in 1860. Lincoln’s election and emancipation did have international significance, fortifying forces of democracy in Europe, abolition in Brazil and Cuba, and anti-casteism in faraway India.
Trump’s foreign policy of cozying up to dictators all over the world and rejecting democratic allies while embracing Russia’s autocrat, Vladimir Putin, is a singular repudiation of American democratic ideals. Trumpism has given oxygen to far-right groups including neo Nazis in Europe and authoritarianism all over the world. If he loses, Trump’s defeat will surely signal the renewal of democracy at home and abroad. The American republic is at a crossroads today just as it was in 1860 and the future of “the last best hope of earth,” as Lincoln said it, lies in the hands of American voters.

Zuckerberg, Dorsey and Pichai Head Back to Washington: Live Updates 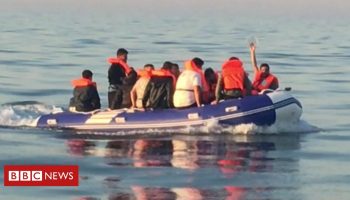 Israel’s Gamble: If Assassination Fails to Set Back Iran’s Nuclear Program, Blowing Up Deal Is Easy