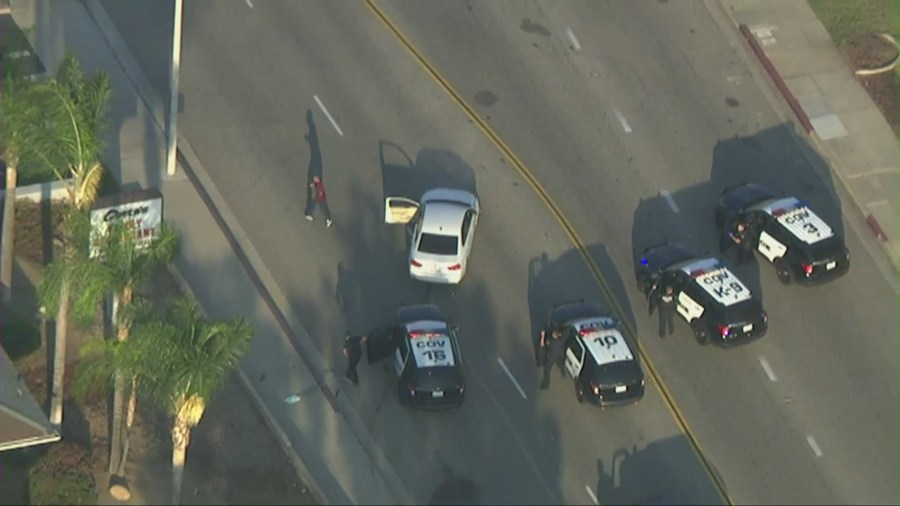 A parolee at large suspected in a hit-and-run crash was in custody following a pursuit in Covina Thursday, officials said.

The vehicle was seen traveling at a slow speed through residential areas in aerial video from Sky5, nearly missing police vehicles that attempted to intercept it.

The vehicle appeared to be missing its front right side tire, continuing down streets with the bare rim.

Local residents observed the slow-speed pursuit from outside their homes.

Officials had earlier said the pursuit began because the driver was a parolee with weapons. But Zavala later said Duran had no weapons and police only learned of his parole status after they began chasing him.

Investigators have not released any details about the hit-and-run crash Duran is suspected in.

Police executed a PIT maneuver to stop the vehicle in the area of San Bernardino Road and Grand Avenue shortly after 6:50 p.m. The driver then exited the vehicle and fled on foot toward a gas station.

Officers caught up to Duran and took him into custody.