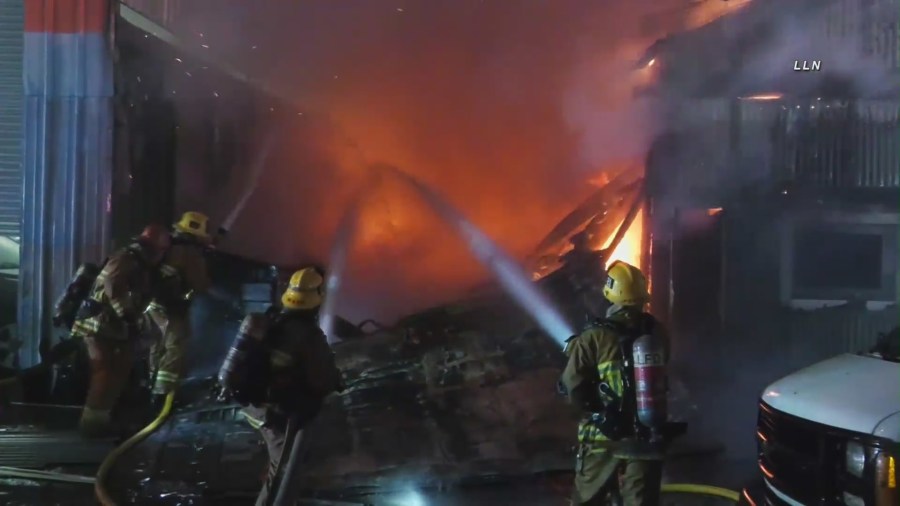 Firefighters found one person dead inside a carpentry business that was engulfed in flames in the Central-Alameda neighborhood of South Los Angeles late Monday night.

The fire was reported just before midnight at a commercial building located near the intersection of Alba Street and East 57th Street.

Nearly 70 firefighters were sent to the blaze and doused the flames in about 72 minutes, according to the Los Angeles Fire Department.

One person, who has not been identified, died in the blaze, the Fire Department stated in its news alert.

A local resident said there was a person living in the back of the property, which housed a carpentry business, but it is not clear if that person was the victim.

The fire threatened pallet yards on both sides of the structure but crews managed to contain the blaze, Captain Cody Weireter said.

The cause of the fire and circumstances surrounding the fatality are under investigation.

‘We’re Hosting You’: WaPo Reporter Knocks Down Hawley Whining About Being Silenced During Interview