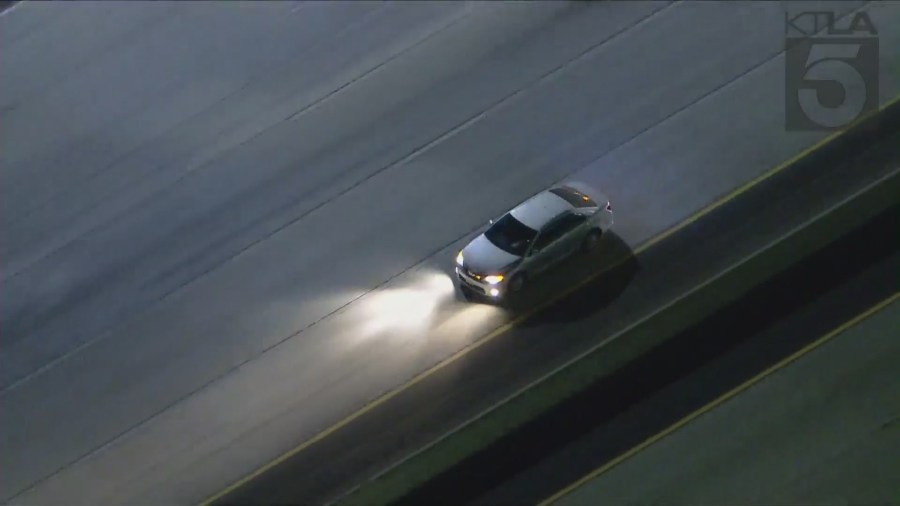 The California Highway Patrol is in pursuit of a silver Toyota in the San Fernando Valley Wednesday night.

The suspected stolen vehicle was a Foothill Transit vehicle usually used by supervisors.

The Los Angeles Police Department started on the pursuit but later passed it off to the CHP West Valley.

The driver was traveling at speeds reaching up to 95 to 100 miles per hour, narrowly missing other drivers around.

The chase began in the Pomona area and passed through Thousand Oaks and reaching Ventura County.

The pursuit ended on the 101 freeway in the Camarillo area where the driver was taken into custody.