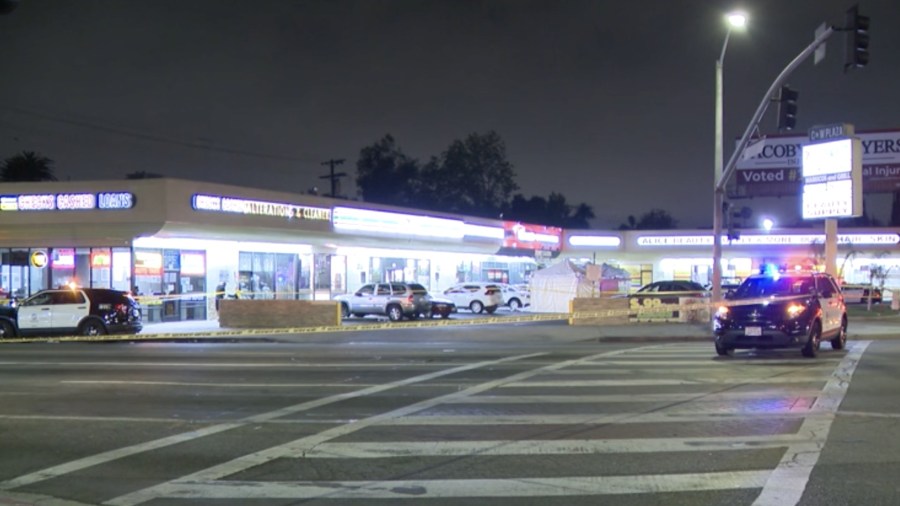 Two people are dead and a third person was injured in a shooting that investigators believe was prompted by an altercation inside a Mid-City bar Monday morning.

The incident was reported near the intersection of West Washington and Crenshaw boulevards shortly before 1 a.m., Los Angeles Police Department Officer Vargas said.

Arriving officers found three people with gunshot wounds at the scene, including two men between the ages of 20 and 40 years old. They were both pronounced dead.

A gun was found next to one of the men killed in the shooting, Lt. John Radke said. The second man was found dead inside a red Ford.

It was unclear if the deceased men had been firing at one another, Radke said.

A female victim, described by Radke as an innocent bystander, was also struck by the gunfire.

The unidentified female was taken to a local hospital in stable condition, Vargas said.

Investigators believe the incident began with an altercation inside the nearby Gringo’s Mariscos & Beer restaurant and eventually spilled out into the parking lot.

Police are searching for others who may have been involved in the incident, Radke said.

How the ATF, Key to Biden’s Gun Plan, Became an NRA ‘Whipping Boy’