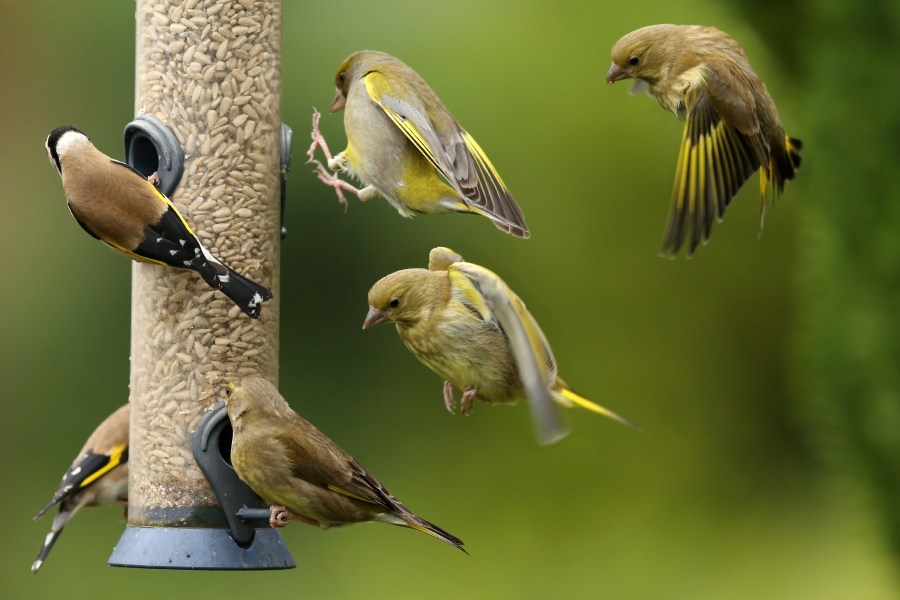 A salmonella outbreak that resulted in 19 illnesses nationwide, including three in California, has been linked to wild songbirds and bird feeders, the Centers for Disease Control and Prevention reported Thursday.

On top of the number of infections, the current outbreak — which began late last December — has resulted in eight people being hospitalized, according to CDC’s latest figures. No deaths have been reported.

Patients have ranged from 2 months to 89 years old, with 16 years being the median age.

Officials believe, however, that the number of illnesses in the outbreak is “likely much higher than the number reported because many people recover without medical care and are not tested for Salmonella,” the CDC’s website states. “In addition, recent illnesses may not yet be reported as it usually takes 2 to 4 weeks to determine if a sick person is part of an outbreak.”

To date, most of the illnesses have been reported in Washington and Oregon, which have seen six and five respectively. California has the third-highest case count.

Other states where CDC is investigating the salmonella outbreak include Kentucky, Mississippi, New Hampshire, Oklahoma and Tennessee.

Birds are known to carry bacteria such as salmonella even when they appear clean and healthy, according to the federal agency.

Based on interviews with infected individuals, as well as lab testing conducted on sick or dead birds, the CDC determined that contact with wild songbirds and bird feeders likely caused the illness.

Of the 13 people interviewed as part of the investigation, nine said they owned a bird feeder. Two others reported that they had come into contact with a sick or dead wild bird.

The California Department of Fish and Wildlife began receiving a flood of phone calls in December regarding sick or dead finches at bird feeders across the state, but primarily in the Bay Area, Central Coast and Sierra Nevada areas.

An evaluation determined that the cause of the illness was Salmonellosis, which is caused by Salmonella bacteria, according to a CDFW news release.

The birds get sick when they ingest or come into contact with various items, including food and water, that have been contaminated with feces from a bird infected with the disease, according to CDFW.

Humans can contract salmonella through touching a wild bird, bird feeder or bird bath, and then touching their mouth or face prior to washing their hands.

Symptoms can show up between six hours and six days after exposure to the bacteria. They include bloody or prolonged diarrhea, a fever higher than 102 degrees, excessive vomiting and signs of dehydration, according to the CDC.

The infection typically lasts four days to a week, and people usually recover without treatment. Those younger than 5 or older than 65, and people with weakened immune systems are more susceptible to serious illness.

Health officials urge everyone not to touch or feed birds with their bare hands, and to always wash their hands right after handling a bird, or touching a bird feeder or bird bath.

Anyone who finds a sick or dead bird is urged to contact their state’s wildlife agency.

‘My heart is crushed’: Estranged wife of California shooting suspect says family has been threatened