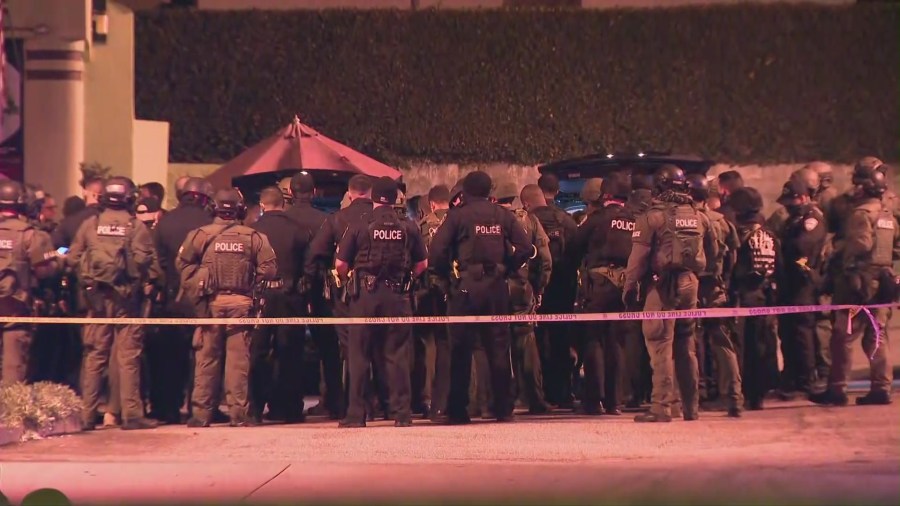 Two people were arrested Saturday night and a search was underway for additional shooting suspects after a man was killed in Redondo Beach, officials said.

Officers responded to the 600 block on North Juanita Avenue around 8 p.m. after receiving several 911 calls regarding gunshots heard in the area, the Redondo Beach Police Department said in a news release.

Police went to the reported residence and found a man who appeared to have sustained injuries from gunshot, according to police.

The victim was transported to a local hospital where he was later pronounced dead.

Responding officers located a vehicle leaving the area, containing the alleged suspects. The suspects then fled from officers in their vehicle, later abandoning it and fleeing away on feet.

Authorities set up a containment in the area of Torrance Boulevard and Camino Real, and searched for the alleged suspects. Two of the suspects were later taken into custody, police said, though additional suspects remained outstanding.

The suspects are believed to be armed and dangerous, according to the news release. It was not clear how many people authorities were looking for.

Footage from the scene showed at least two dozen officers gathered at the scene.