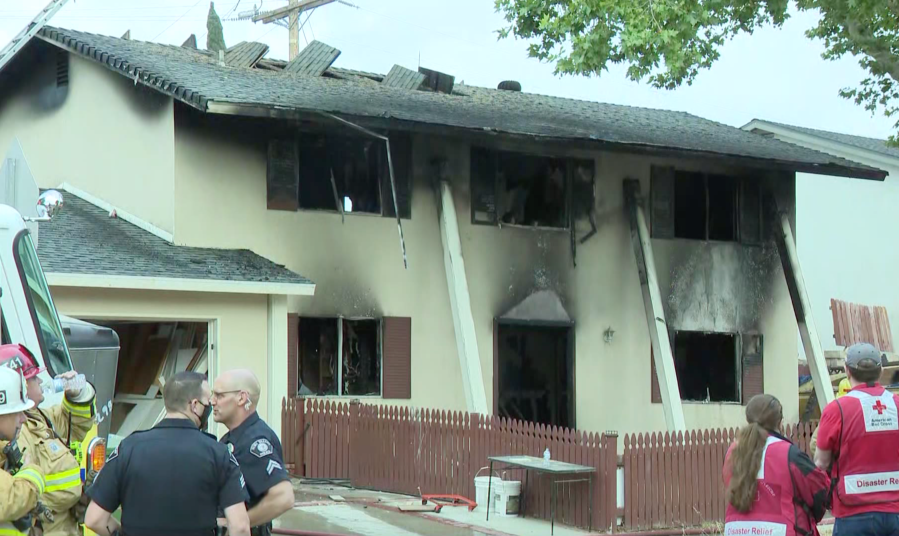 A 29-year-old man is facing charges after setting fire to a couch in his Simi Valley rental home, sparking a blaze that killed another man living there, prosecutors said Friday.

Branden Lackie was charged with arson and murder in Monday’s fire that caused David Crammond to die of smoke inhalation, the Ventura County District Attorney’s Office said in a news release.

The burning two-story home in the 900 block of Talbert Avenue was reported to police and fire officials around 5:30 p.m. By the time first responders arrived, it was fully engulfed in flames, Simi Valley police Cmdr. Steve Shorts said.

There were a total of six residents, and five were able to flee the house. They spoke to authorities outside and told them one person was still inside the burning structure, according to Shorts.

More than 50 firefighters responded to the scene to battle the blaze, but the home had to be red-tagged, authorities said.

Lackie was arrested shortly after midnight Tuesday and appeared in court Thursday to be arraigned on the charges. His case was continued to July 7, according to prosecutors and booking records.

He remained in custody Friday on $510,000 bail, inmate records showed.