Digital Desk : Expert saying , female world leaders are more impressive to handling the Coronavirus Pandemic. German Chancellor Angela Merkel is one of several female world leaders who have been praised for handling the pandemic “in a really impressive manner,” said Abigail Post, an assistant professor of national security and political science at Anderson University in Indiana.

Why are female leaders handling this crisis so well? Because it’s so difficult for women to get into office in the first place, Post said “they are often just better leaders.” She said women are often perceived to be soft or weak during crisis which makes them more likely to be decisive and firm.

Female leaders are also more likely to seek out expert advice and act with empathy during a crisis, Post said, citing Merkel’s decision to self-isolate for two weeks as an example.

Post said that simply having more women in charge isn’t the answer. The domestic public must also shift its attitudes towards female leaders in order for them to be effective, she said, noting that the women leading the coronavirus response internationally all have a generally supportive public and high approval ratings.

Merkel has been praised for acting quickly in the face of the pandemic and keeping the number of cases and deaths low. Relatively strict measures were adopted early on including shuttering all schools and day-care centers, banning large gatherings and closing the borders with neighboring countries.

As a result, infections have slowed in recent weeks and there have been far fewer coronavirus deaths than in other countries with a similar number of reported cases.

In New Zealand, Prime Minister Jacinda Ardern shut down tourism and introduced the country’s highest, level 4 lockdown measures in March during which offices, schools and non-essential services including bars, restaurants, and playgrounds were shuttered.

As a result, the island nation of nearly 5 million people has had 1,409 cases and just 11 deaths.

Ardern signaled Thursday that the country would begin to reopen its economy and cautiously progress to a level 3 lockdown.

“There are promising signs our go hard and go early elimination strategy is working and the lockdown is breaking the chain of community transmission,” Ardern said in a release. “By design, Level 3 is a progression, not a rush to normality.”

Taiwan, a self-governing island of nearly 24 million people that Beijing claims as its territory, has just 395 coronavirus cases and six deaths. Led by President Tsai Ing-wen, Taiwan acted quickly to institute specific approaches for case identification, containment, and resource allocation, according to an academic paper published in the Journal of the American Medical Association last month.

Taiwanese officials began to assess travelers on direct flights from Wuhan for fever and pneumonia symptoms in late December and quarantine them at home. Over the course of five weeks in January and February, Taiwan produced and implemented a list of at least 124 action items to contain the virus.

“Taiwan is an example of how a society can respond quickly to a crisis and protect the interests of its citizens,” paper authors wrote.

Iceland, led by Prime Minister Katrin Jakobsdottir, has achieved something no other country has: tested 10% of its population for coronavirus, a figure far higher than anywhere else in the world.

The country has banned gatherings of more than 20 people, but not imposed a full national lockdown. Of Iceland’s 1,739 coronavirus infections, eight have died.

In Norway, Prime Minister Erna Solberg announced last week that some of the country’s strict control measures implemented in March would be relaxed, including reopening kindergartens and some businesses.

Solberg said during a press conference the contagion curve has leveled off and the country “has managed to gain control of the virus.” A total of 6,905 people have been infected with coronavirus and 157 have died. 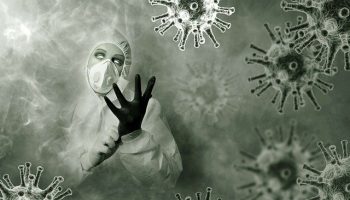 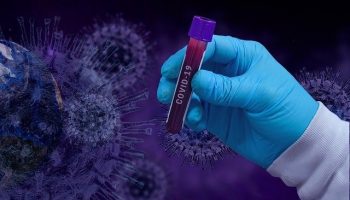 Amazon Prime Day 2020: Your guide to all the best deals