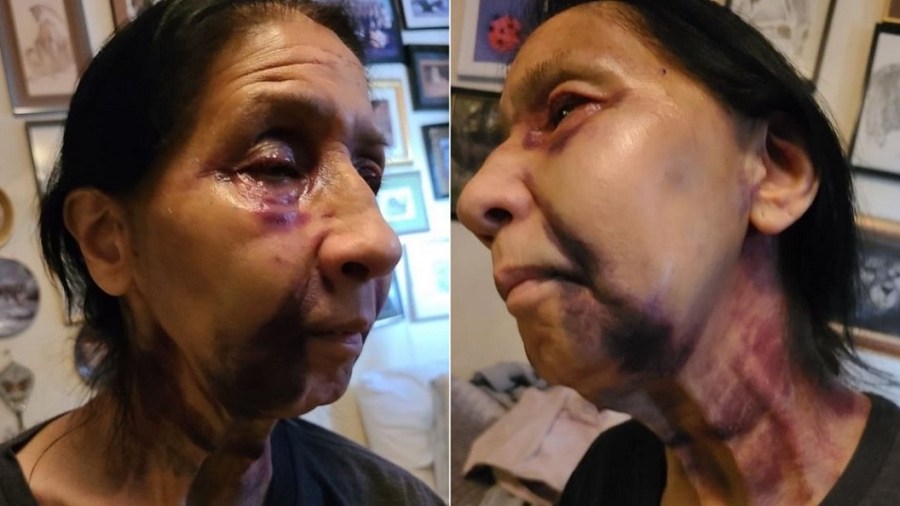 A 70-year-old woman was left with a concussion, severely battered face and other injuries after being assaulted by a fellow passenger on a Metro bus in Eagle Rock last week, her son told The Eastsider.

The Mexican American victim was profiled as Asian by her attacker, who hurled a racial epithet used against people of Chinese descent before attacking the grandmother as she got off the bus to go grocery shopping, according to the son, who gave his name only as Pete.

Los Angeles police say they are still gathering information on the incident. But a department spokesperson confirmed 23-year-old Yasmine Beasley was arrested following the incident at about 1:30 p.m. Friday at the corner of Figueroa Street and La Loma Road.