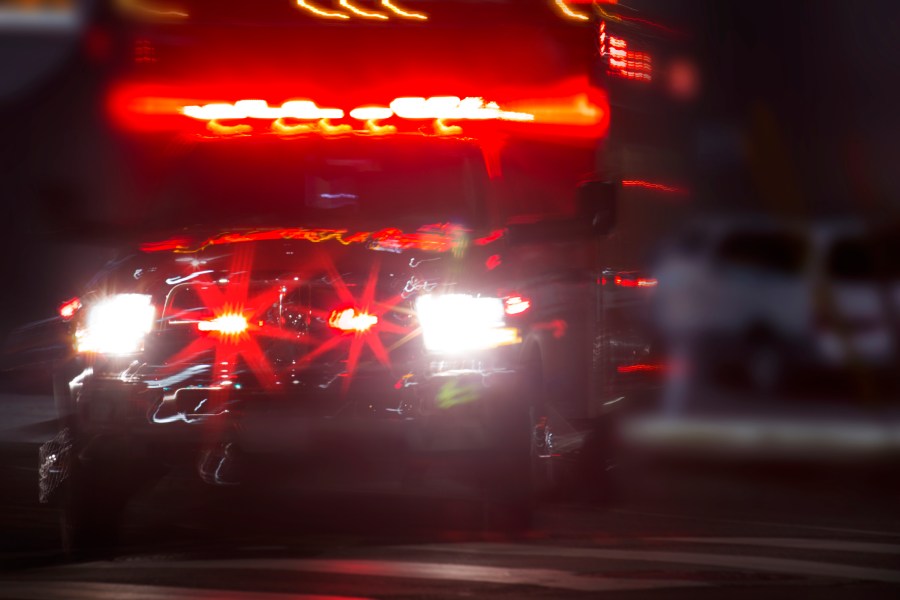 A suspected drunk driver was arrested after a wrong-way, head-on crash that killed a 24-year-old woman in the Fontana area early Sunday morning, officials said.

Dina Mariesol Mora Martinez, 34, of Adelanto was headed the wrong way down Valley Boulevard near Cypress Avenue in her Chevrolet Colorado shortly before 1:50 a.m., California Highway Patrol said in a news release.

At the same time, another driver in a Toyota Corolla was going westbound on Valley Boulevard.

The two vehicles slammed head-on into each other, throwing an unrestrained passenger from one of the cars onto the roadway.

The passenger, a 24-year-old Cathedral City woman, was rushed to a hospital where she later died of her injuries. Authorities didn’t release her name as they waited for the coroner’s office to notify her next of kin.

The driver and two people in the Toyota sustained minor to moderate injuries.

Martinez was taken to a hospital with minor injuries, then arrested on suspicion of vehicular manslaughter and driving under the influence of alcohol, CHP said.

The crash remains under investigation and no further details were available.