President Trump is planning to exit the White House on the morning of Jan. 20, a few hours before President-elect Joe Biden is sworn in a short distance away, CNN reports. “Eager for a final taste of the pomp of being president, Trump has asked for a major send-off,” and “as one of their final acts, Trump’s team is working to organize a crowd to see him off on the morning of Biden’s inauguration, when he plans to depart Washington while still president” for a flight to Palm Beach, Florida, where his term will officially end at noon.

There are 20,000 National Guard troops currently deployed or en route to Washington, D.C., ahead of Biden’s inauguration, because the last crowd Trump drew to the White House morphed into an insurrectionist mob that stormed the Capitol.

Plans are still being ironed out, CNN says, but “Trump told people he did not like the idea of departing Washington for a final time as an ex-president, flying aboard an airplane no longer known as Air Force One. He also did not particularly like the thought of requesting the use of the plane from Biden.” The Bidens will wake up on Inauguration Day at nearby Blair House, CNN reports, adding that “its use was offered to them by the State Department rather than the Trumps, who refuse to make contact with the incoming president and first lady.”

“Trump has expressed interest to some in a military-style sendoff and a crowd of supporters,” CNN says, but it’s unclear “whether that occurs at the White House, Joint Base Andrews, or his final destination, Palm Beach International Airport.”

Outgoing U.S. presidents almost always attend the swearing-in of their successors, Defense One notes, and “in recent decades, the outgoing president and first lady walk down the back steps of the Capitol to an awaiting helicopter, which then makes the short five-minute flight over to Joint Base Andrews in nearby Maryland. Upon arriving at Andrews, the former president and first lady are usually greeted by a military honor guard, former staffers, friends, and other well wishers.” Two senior Pentagon officials confirmed to Defense One on Thursday that, in a break with recent tradition, no military farewell is being planned for Trump. 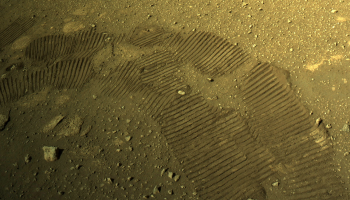