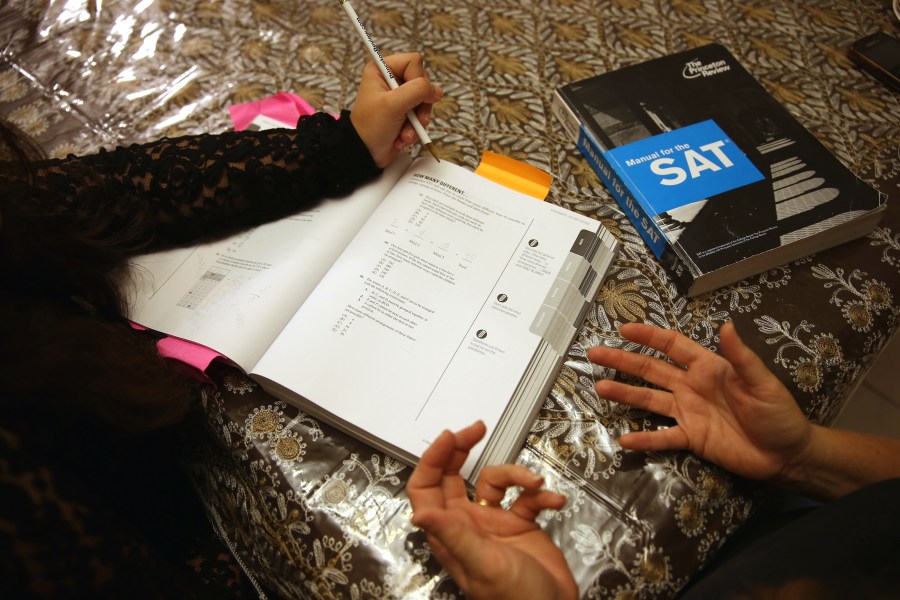 The University of California won’t consider SAT and ACT scores that are submitted with admission and scholarship applications under a settlement of a student lawsuit that was announced Friday.

The 10-campus system, which has more than 280,000 students statewide, decided not to continue fighting a judge’s injunction issued last fall that barred it from considering the scores for admission even when they were submitted voluntarily, the San Francisco Chronicle reported.

That was the argument in a 2019 lawsuit filed against the UC system on behalf of some high school students and nonprofit groups.

The settlement, reached earlier this month, “ensures that the university will not revert to its planned use of the SAT and ACT — which its own regents have admitted are racist metrics,” Amanda Savage, an attorney representing the students, said in a statement reported by the Chronicle.

The UC Board of Regents voted last year to drop the SAT and ACT tests as admission requirements through 2024 and eliminate them for California residents after that. Incoming students this fall didn’t submit SAT or ACT scores. However, regents had said applicants for fall 2021 and 2022 could submit the scores voluntarily.

The new settlement will “provide certainty for students and their families, counselors, and high schools,” the school said.

Under the agreement, SAT and ACT scores won’t be considered for admission for students applying for entry between fall 2021 and spring 2025. However, the scores that are submitted voluntarily can be used for course placement after a student is admitted.

FairTest, a Massachusetts-based nonprofit group that is generally opposed to standardized testing, announced last month that more than 1,400 accredited colleges and universities that grant bachelor’s degrees won’t require students applying for fall 2022 admission to submit test scores. That is more than 60% of the undergraduate institutions in the United States, the group said.

Ex-boyfriend convicted of murder for beating, strangling Huntington Beach mom who had restraining order against him