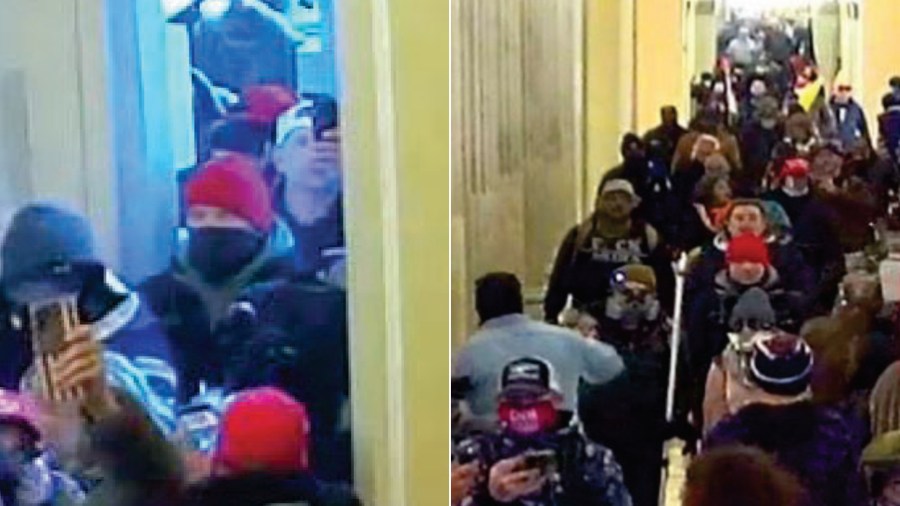 A Victorville gym owner known for defying the state’s lockdown orders during the COVID-19 pandemic was arrested Tuesday on suspicion that he was part of the violent incursion into the U.S. Capitol by supporters of former President Trump.

Jacob Lewis faces two felonies: entering the Capitol’s restricted grounds, and violent entry and disorderly conduct. After his arrest at his home Tuesday morning, a U.S. magistrate judge authorized Lewis’ release on a $50,000 bond and required him to wear a electronic monitor while he awaits future court appearances.

Lewis was captured in several photos taken during the Jan. 6 attack on the Capitol in which Trump supporters stormed the building seeking to block Congress from certifying President Biden’s victory over Trump in the November election, according to the criminal complaint. Photos showed him moving through the building’s corridors and passing through doors into Senate’s wing of the building, prosecutors alleged in court filings.

Two days after the riot, in which five people died, authorities received a tip from someone who revealed Lewis had posted videos to Instagram from inside the Capitol. A second tipster then reported that in December Lewis had shown them photos of firearms he allegedly possessed and inquired about how to buy ammunition, according to court filings. At the time, Lewis warned the person to “watch what happens to the Capitol January 6th,” prosecutors said.

Napa man charged with stockpiling weapons may have been targeting Newsom