Biden Transition Gets Federal OK, Trump Runs Out of Options

Vienna remains on high alert following the incident, as police ramp up their investigation into the attack and search for other potential suspects.

At least three people, included two men and one woman, were killed in the shooting. A further 15 are injured, including a police officer, and are being treated in hospitals, Vienna police said.

In addition to the three fatalities, one gunman was shot dead by police. During a press conference early on Tuesday morning, Austrian Interior Minister, Karl Nehammer, said the shooter was wearing a fake explosive belt at the time of the attack and had been “radicalized.”

“The radicalized person is someone who is an IS sympathizer,” said Nehammer, referring to the terrorist group Islamic State in Iraq and Syria (ISIS).

“Yesterday’s attack was an attack on our values and a completely useless attempt to weaken our democratic society or to divide it,” Nehammer said. “We do not tolerate this in any way or from anyone.”

Initial reports said multiple gunmen opened fire at six locations in the city center, as residents savored the final hours of freedom before the imposition of a nationwide Covid-19 lockdown.

Armed forces have been deployed in Vienna to help secure the situation, with authorities indicating earlier in the evening that at least one gunman remains on the loose. Austria’s Chancellor Sebastian Kurz had warned those responsible for the attack were “professionally prepared” and well equipped with automatic weapons. “It is definitely a terror attack,” Kurz said.

Authorities have asked the public to stay at home or in a safe place and follow the news.

On Tuesday, Vienna police said that SWAT teams entered the gunman’s apartment using explosives and a search of its surroundings was underway. Police have also received more than 20,000 videos from members of the public following the attack and a 35-member investigation team had so far examined 20% of them for evidence.

The initial attack, which began around 8 p.m., was centered on the busy shopping and dining district near Vienna’s main synagogue, Seitenstettengasse Temple, which was closed.

Vienna mayor Michael Ludwig said shots appeared to be fired at random, as people dined and drank outside due to the warm weather and virus concerns. A nationwide Covid-19 lockdown was set to begin at midnight.

Julia Hiermann, who lives in Vienna, was having drinks with a friend when the shooting began.

Restaurant staff told everyone to hide in the basement, she told CNN over the phone. There she and others were told that gunmen were shooting outside. Hiermann said she did not see or hear the attackers.

The police later came inside the restaurant and told diners that “we have to stay inside and wait here,” she said. “This seems unimaginable. When they said shots fired I didn’t think this was serious,” she said.

Reaction to the attack

Footage shared on social media of the shooting shows a chaotic situation, with people fleeing from the scene in all directions on foot.

Inside the Vienna Burgtheater, artistic director Martin Kusej took to the stage to announce there had been an incident nearby, while advising opera attendees to stay inside the theater.

Following reports of gunshots, armed police quickly swarmed the area, with helicopters and ambulances deployed. Police could be seen patrolling the city center, ordering people to stay inside bars and restaurants. Other areas of the city were also cordoned off while police conducted checks on cars.

In the aftermath of the attack, Oskar Deutsch, the head of Vienna’s Jewish community, said in a tweet that it was unclear whether the synagogue was a target, but that it was closed at the time of the shooting.

All synagogues, Jewish schools, the institutions of the IKG (Jewish Community of Vienna), and kosher restaurants and supermarkets in Vienna will be closed on Tuesday as a precaution, Deutsch said.

Authorities have since taken to social media to request that the public refrain from sharing “rumors, accusations, speculations or unconfirmed numbers of victims.”

Across Europe, leaders have strongly condemned the shooting, which follows two terror attacks in France in recent weeks.

“After France, it is a friendly country that is under attack,” French President Emmanuel Macron said on Twitter.

“Europe strongly condemns this cowardly act that violates life and our human values,” the President of the European Council, Charles Michel, said on Twitter. 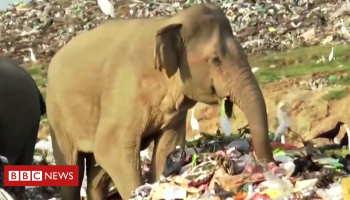 Ditch pumpkin spice latte and have fun with the real deal